The Rotary Club of Harrow is unique in having five active contact clubs in Europe. These are located in Belgium (Vilvoorde – near Brussels); France (Mantes la Jolie – near Paris); Italy (Saronno – near Milan); Germany (Bad Driburg) and Spain (Palma – Mallorca). 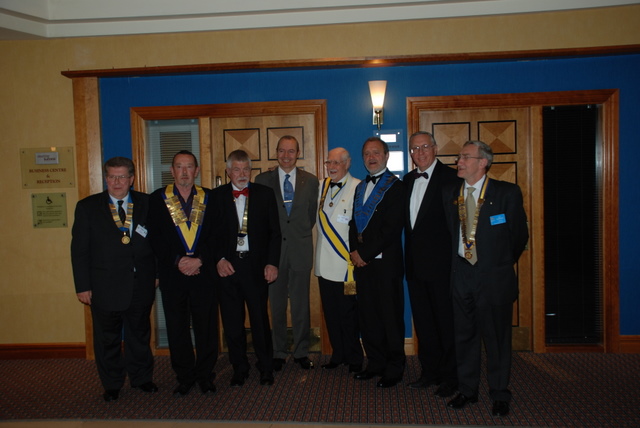 Every year there is a Reunion of the six clubs in the early summer and over the past decade these have been held in Oxford ‘02; Como ‘03; Normandy ‘04; Antwerp’ 05; PortoPetro ’06; Bad Driburg ’07; Cambridge ’08; Verona ’09; Essen 2010; Ostend in 2011; Loire Valley 2012.
In 2012, the French club led us on a tour of the Loire valley to see some of the famous Chateau. In 2013 we expect to go to Madrid and in 2014, Harrow has to choose where to entertain our continental friends in this country. Usually over 100 people attend these events which involve two busy days of visits to places of interest and always conclude with a gala dinner on the Saturday evening. They are excellent occasions for making new friends from abroad and developing our, generally poor, language skills.
The Contact clubs control their activities through a Commission consisting of two representatives from each club, a Commission President and a Treasurer. The Commission meets twice a year in May and November, to oversee the Reunions and agree on International charitable projects that are jointly funded by contributions from the six clubs.
INTERNATIONAL COMMUNITY PROJECTS
Over the last decade two major projects have been carried out in South America (equipping schools in the high Andes). In Africa we have conducted a scheme for training tutors for teaching girls to read in Kenya,  - provided  anti-Malaria drugs for hundreds of desperately poor children in Mali, and assisted a village community in Guinea Bissau in a number of different ways, including building a 12 kilometre long road!. Also in Africa, led by the French, we have been able to recycle  medical equipment from Paris Hospitals and have just completed the provision of 10 motorcycle ambulances for a forest region in Guinea Conakry. One of our earliest projects was in Russia and involved providing play equipment for disabled children in St Petersburg.
In total, almost 500,000 Euros have been spent jointly by the six clubs over the decade. This figure includes matching grants obtained by the Commission from Rotary International in Chicago. Acting jointly in this way through the Commission, the Harrow club can engage in some very ambitious actions not possible to one club alone.
The Commission is also responsible for an annual Easter Music Festival, when a 50-strong orchestra of young musicians drawn from the countries of the six clubs meet for a week to have fun, rehearse together and perform at least one concert. The Italian club, since it provides the conductor for these Festivals, takes the lead in staging these Festivals every other year, but Harrow staged the Festival in 2007, Palma staged it in 2011 and  Germany will be responsible in 2013. 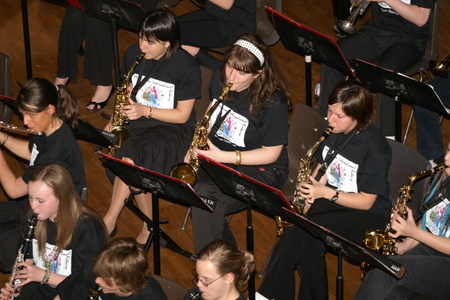 You can see a list of the clubs below:

History of Contact Clubs
The Harrow club has close links with five other European clubs: Bad-Driburg in Germany;  Mantes La Jolie in France; Palma Almadena in Majorca; Saronno in Italy and Vilvorde in Belgium.
The clubs meet for three days every year over the Ascension day weekend and these reunions rotate from country to country with each club playing host every six years.

This brief history is based on research carried out by Jean-Pierre Maillard, a member of the Mantes club, whose father Roger was instrumental in organising Mantes’ first contact with the Vilvorde club.

The 1960s
May 1963 Bad-Driburg visits Mantes along with the Vilvorde club
April 1966 a delegation from Harrow visits Mantes
May 1968 the first reunion involving the four clubs of Bad-Driburg, Harrow, Mantes and Vilvorde along with 2 members of the Saronno club
October 1969 Saronno becomes the fifth member of the group

The commission was set up to co-ordinate the work of the six clubs and specifically to approve details for the annual reunions,  to manage the Gilbert Chatenay fund and organise the annual festival for young musicians.
Initially the commission was made up with one representative from each club but this has now been increased to two representatives along with a treasurer, currently Gerard Oliveau from Mantes, and a President, Fernand Fuger from Saronno.
Harrow’s first representative was Peter Lever and when he left the club Ron Grassly replaced him.  Ron was succeeded by John Newby and when a second member was appointed, Nick Cervantes-Watson joined John.  Nick and President Gary Banger are now Harrow’s representatives.
The commission meets twice a year, the first meeting taking place at the beginning of the annual reunion, the second In November.

The Gilbert Chatenay Fund
The fund which is administered by the International Commission was set up in 1998 in memory of Gilbert, a member of the Saronno club, who had been a driving force in the “Clubs Contact”.
Each club contributes to the fund each year on a per capita basis and every six years each club has the opportunity to nominate a humanitarian project in a third world country to be carried out in conjunction with a club local to that country. The projects are expected to attract matched funding from Rotary Foundation.

Since its inception projects with a total value of 480,000 euros have been carried out across the world in countries including: The Gambia; Guinea –Bissau; Guinea Conakry; Kenya; Mali; Niger; Peru; the Central African Republic and Russia.

Projects have ranged from the provision of equipment for schools and hospitals to the drilling of wells, the provision of essential transport and the construction of roads.  Harrow has sponsored two projects, the first in Kenya providing literacy training aimed at Kenya’s female population. The second in Mail provided treatment for malaria in conjunction with an American charity, Project Muso.  This project also received financial assistance from other Rotary clubs in America and Hong Kong.

The Festivale Musicale
The festival is financed by the six clubs and runs every year around Easter.  Each club is entitled to send about 6 musicians, most of whom will never have played together before.  They spend a week training under Maestro Ernesto Leo at the end of which he has melded them into an orchestra and public performances are then given.
For a period the festival would be organised every other year in Saronno with the other clubs taking it in turn to host it in the intervening years.  Recently the commission decided that in future the festival would rotate around the clubs on an annual basis so that each club would host it every six years.